In this section we will clarify several concepts that we will come across throughout our text.

We also distinguish between real

Examples of positive economic statements are

Examples of normative economic statements are

The Fallacy of Composition

You are subject to the fallacy of composition if you state that what is good for one is necessarily good for the entire group. If a college has a shortage of parking spaces for its students, it may be beneficial for a number of students to arrive very early and secure a parking space. However, if everyone arrives very early, the parking problem remains an issue.

The economist Henry Hazlitt, in his book Economics in One Lesson, provides another good example of the fallacy of composition. In Chapter 2, the “Broken Window Fallacy,” he describes that when a person throws a brick through a baker’s window, it may seem that this stimulates the economy, because it provides a job for a glazier (window repair person).

According to Hazlitt, the fallacy occurs when we do not take into account the additional expenditures due to the replacement of the window. This expense lowers the baker’s spending on other goods and services. If the baker would have bought a suit from the tailor without the expense of repairing his window, then the tailor loses a job compared to if the window had not been broken. So if the window is broken, the glazier gains a job, but the tailor loses one. Overall, there is no gain in employment if someone throws a brick through a window. Additionally, the baker loses, because he is without a suit compared to if the window had not been broken. Analogously, hurricanes, floods, and wartime activities do not provide a net gain in employment. They create jobs in one area of the economy, but take away jobs in another. Overall, they destroy wealth and are harmful to the economy.

The following section was researched and written by the late Howard Community College professor, journalist and writer, Bob Russell (pictured).

“It is difficult to predict the impact of serious hurricanes on the U.S. economy, but there are a few things we can conclude. A lot of money and activity that might ordinarily travel to the hurricane affected areas will go to other areas of the country or the world. For instance, just consider the impact that these storms have had on the conference and meeting industry,
vacations, sporting events, etc. Many of these expenses are being diverted to other locations. On the other hand, lots of government spending, insurance claim payments, and private construction money go to the hurricane-affected areas, mostly to cover reconstruction and rebuilding expenses.

In 2005 all of our pocketbooks were affected by Katrina and Rita –– especially at the gas pumps. These increased costs slowed the economy a bit. Fuel, heating, and transportation costs all rose, causing a reduction in output. Of course, reconstruction of the devastated areas provided a bit of an uplift to the construction industry and supply lines of repair items, wood and other building supplies, furniture, etc. Dollars spent on the reconstruction effort is money that will have to be diverted from money which would have been spent in other areas and with other goals.

This line of thinking provides us with an opportunity to talk a bit about the “Broken Window Fallacy,” a fascinating economic theory. It goes like this: If someone throws a stone through a shop window, the owner needs to fix it.

The cost to do so is, hypothetically, $250, selected to fit with Hazlitt’s example below. The repair puts people to work and increases total output. Since this creates jobs, might we do well to break lots of windows and repair them? Most folks think this is nonsense since, although it would employ labor, there would be no benefit to the society at large. Yet there are many similar schemes, promoted by politicians and supported by the general public in the name of JOBS. Long ago, this fallacy was exposed by the French economist Frederic Bastiat in an essay entitled “What is seen and what is not seen.” Bastiat teaches us to understand the economic reality beneath the superficial appearance of everyday economic life. What is seen is the broken window repaired, the workers working and the money they spend. What is not seen is that these workers and resources would have been employed in something else if not for the broken window. What ultimately benefits society is not jobs,
but goods. In this instance, the glass store gains, but the broken window store owner loses (she probably would have spent the money on something else) – and the person that owns the shop that sells what she would have bought has a loss.

According to the late Henry Hazlitt in Economics in One Lesson, “Instead of [the shopkeeper] having a window and $250, he now has merely a window. Or, as he was planning to buy [a] suit that very afternoon, instead of having both a window and a suit he must be content with the window or the suit. If we think of him as a part of the community, the community has lost a new suit that might otherwise have come into being, and is just that much poorer.”

The Broken Window Fallacy endures because of the difficulty of seeing what the shopkeeper would have done. We can see the gain that goes to the glass shop. We can see the new pane of glass in the front of the store. However, we cannot see what the shopkeeper would have done with the money if he had been allowed to keep it, precisely because he wasn’t allowed to keep it. We cannot see the new suit foregone. Since the winners are easily identifiable and the losers are not, it’s easy to conclude that there are only winners and the economy as a whole is better off. Overall, the economy will suffer due to the hurricanes, not benefit as some media pundits have suggested, although the intensity and duration of the suffering is up for grabs.”

From one of Bob Russell’s newsletters (reprinted with permission).

For a video explanation of the Broken Window Fallacy, please watch the following:

Let’s look at the farming industry as an example of the fallacy of composition. Currently, the United States government (and governments of many other industrialized countries) supports farmers in the form of direct subsidies and other programs.

These subsidies benefit most farmers and seem to be beneficial for the farming industry. Many people believe that what is good for the farming industry must automatically also be good for the entire country. It is certainly possible that this is the case. However, to automatically conclude this is to suffer from the fallacy of composition. Farm subsidies and other farm support programs costs the government money. This increases taxes and hurts citizens. Furthermore, some farm programs (price supports) increase the price of certain agricultural products to consumers. Some economists also claim that the subsidies to farmers do not even benefit farmers themselves because it makes them weaker and less competitive in the long run. The subsidies may help the farmers in the short run, but not in the long run. For more information about farm programs and their economic effects, see our Microeconomics text, Unit 6.

Does a Demand Increase Stimulate the Economy?

George Reisman, in his book Capitalism, discusses another example of the fallacy of composition. He states that an increase in the demand for one product causes a price increase for that product. Assuming the cost of making the product does not increase, the product’s profitability increases. Does this mean that if aggregate demand (demand for all products) increases, profitability of all products increases? Well, it depends. If a nation’s total nominal income is constant, it is actually not possible for demand of all products to increase. Demand for one product may increase, but then the demand for other products must, mathematically speaking, decrease. So prices of some products increase, but prices of others decrease. 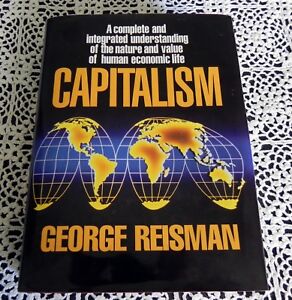 The only way for demand of all products to increase is if total nominal income increases. This is only possible if the nation’s total money in circulation increases. This is possible if the nation increases its money supply. But in this case, prices increase, and if profits increase, it means merely that nominal profits increase and not real profits. An important implication of this realization is that if the government decides to “stimulate” the economy by encouraging people to spend more on consumer goods (by printing more money, or by distributing money through social programs, creating public works jobs), it does not really increase total aggregate demand. The demand for one particular good or category of goods (those bought by the elderly, for example, in the case of higher Social Security paychecks for the elderly) may rise, but the demand for other goods will have to fall. Nominal (the monetary amount of) spending may increase, but real spending will not. The only way to increase real profits is to increase productivity. This lowers costs and decreases prices, which allows increases in real profits and real demand.

The Fallacy of Cause and Effect

It is tempting to conclude that if one event occurs right before another, the first event must have caused the second event. Let’s say your basketball team wins its first three games while you are out with an injury. The fourth game, you are back, and your team loses. You conclude that it must be your fault. Of course, your presence could have something to do with it, but you cannot automatically conclude this. Other variables may have played a role: the game conditions, the referees, the opponent, your other teammates’ performance that day, the coach’s performance, or bad luck.